My Elderly Parents Should Have Moved Sooner 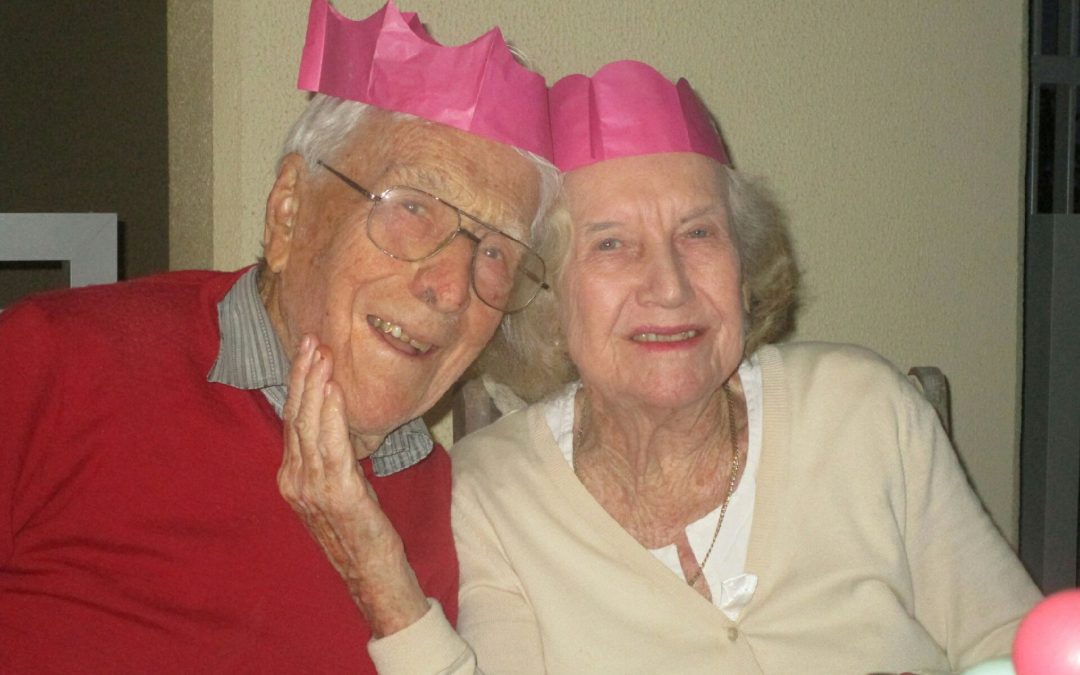 For quite some time now, I’ve been wanting to share the challenges of helping my elderly parents.

Lately things have gotten much more difficult with the death of my dad, and the onset of alzheimers dementia in my mother, so I thought I would finally put pen to paper and share our experience.The story really started 4 years ago when my mum, then aged 86 and my stepdad aged 95, moved up to a retirement village to be closer to us.

They should have moved sooner!

We had heard so often that people who left moving from their own homes into any sort of aged care or retirement village, suffered terribly when they did – they didn’t settle in, they were confused, they were sad, they got sick.

My parents lived in a unit on the beach on the second level, with a car park underneath the building – so 3 flights of stairs from bottom to top.

We had been expecting for quite some time to hear that one or other had fallen – the stairs were concrete with terracotta tiles, so inevitably a fall would likely have been serious.

However, that didn’t happen – well, not that we knew of anyway – and my mother’s thoughts on the subject of moving anywhere were along the lines of: “They’ll take me out in a box” and “I’ll just drink myself to death.

“No rational or pragmatic decision coming from that direction!

On top of that, we could see my mother’s increasing short-term memory challenges, and at 95, my stepdad wasn’t getting any younger!  In the end, there was a very unpleasant family break up which affected where they lived, and so moving was forced onto my parents – not ideal to say the least.

With “they should have moved sooner” ringing in my ears, we set about the truly, truly mammoth task of helping them move out, putting their belongings into storage, helping them sell their unit (while keeping out of it so that no-one could think we had done the wrong thing) and helping them look for a new place (while trying not influencing their decision).

All very stressful for everyone.From the outset, our goal – and it was very important to us to hold this line – was to ensure we helped them achieve what THEY wanted, not what WE thought was best for them.

While that was certainly the right thing to do, and I believe we achieved that and continue to do so, it was really, very difficult.

This massive change to everything they had known for years and years, was enormously disruptive and damaging – significantly more than my husband and I had ever anticipated.

Once they had moved out of their home and in with us, it was about 3 months before they could move into their new high-rise apartment in a wonderful retirement village right near the water.

During those 3 months we lived through the stark reality of just how terrible moving too late can be.

On the medical side, my stepdad – who had never suffered anxiety in his life – had two massive panic attacks.

The first, in the middle of the night, resulted in an ambulance and then hospital where it took a days to stabilise him.

The second took place around dinner, and as I talked to the person on the 000 line describing his symptoms, four paramedics arrived with full kit ready to resuscitate him from a heart attack!

On the practical side, learning pretty much anything new was just about out of the question – whether it was using the swipe to enter the building, driving around a new place with no recognisable landmarks, or using an air conditioning remote.

Once they moved into their new unit, we stuck doggedly to our mantra:

Help them to be independent, provide them with back up when they need it.

In reality, their days of being able to negotiate the practicalities of life had gone, so it was over to us to do the “donkey work” so to speak – forwarding mail, hooking up services and all of those sorts of things.

Time-consuming, but not difficult.

For my parents, particularly my mother, driving represented independence, so we saw it as perhaps the most vital thing to achieve to help my mother become confident to drive where they wanted and needed to go.

Time-consuming and difficult!It literally took 3 or 4 months of accompanying my mother every other day as she drove from the retirement village to the supermarket – 4 corners – and to a local village with coffee shops, the doctor, pharmacy, post office etc – 3 corners.

I was going to say that I’m not patting myself on the back for that, but actually that’s not true, I am – but not from the perspective of stroking my ego.What we achieved was absolutely vital to their well-being.

On a somewhat lighter note, as you might imagine, the daily drives were a bit stressful. It’s a bit like teaching your teenager to drive, but on top of that, it was the steady barrage of things that were wrong that got me down.

So much so that we saw a social worker at one point because I was so worried about my mother just not settling in – she is a very tenacious lady, so I think in the scheme of things, she’s no doubt at the more resistant end.

However, the Social Worker said that everyone settles in eventually.

Did my parents “settle in” at their new place in a few months? No, they didn’t. It took them a long, long time.

Did their advanced age affect this? Yes, I think it did. I think if they had been 3 or 4 years younger, they would have embraced what their retirement village has to offer, whereas by the time they moved, they were really just too old to do that very well.

I have a couple of observations with benefit of being a few years down the track from these particular experiences.

It’s a marathon, not a sprint.

For us, having a clear goal of helping my parents retain their independence underpinned everything, so when we had questions about what to do, we could go back to that, and be confident that our decision had their welfare at the core. If you know someone who may benefit from my Blog, please pass it on.