It’s all about the Synapses 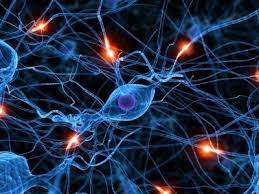 I recently completed the Uni of Tasmania Wicking Dementia Centre’s Understanding Dementia MOOC which is an online course attended by a vast range of professionals and non-professionals from around the world.

I cannot recommend it highly enough, and have decided to do a little intro to the four modules in the hope that you too will complete the course yourself, and encourage others to do so.

Module One, the Brain, and it’s all about the synapses – well actually it isn’t, but it’s a great place to start.

Pretty much everyone has heard of synapses – and there are literally hundreds of millions of them firing in our healthy brains every day. It’s like a light show that goes constantly as our brains receive and send messages about actions and emotions and everything else that makes us who we are.

You probably also know that synapses are lost when someone has dementia and other conditions that affect the brain, and if you’ve heard of neuro-plasticity, then you also know that whilst we can lose them, we can also create new ones.

In a later Module, the MOOC goes into what are called modifiable risk factors – basically, the things we can all take control of that can minimise the effects of dementia.

To begin Module One, the team at the Wicking Dementia Centre get up close and personal with synapses, neurons, cells, axons and dendrites, and as part of this, they not only talk about what’s happening in the brain, but they also draw it as they go, which helps to bring the whole picture to life – one step, and one piece at a time.

By the time I was finished I had a really sound grasp of what actually goes on in my brain, and a new respect for just how amazing our bodies really are.

After this, they move onto the different parts of the brain and what each part is responsible for.

Again, the way it’s presented makes it easy to absorb and understand not only what the different parts of our brains actually do, but also, it provides a powerful way to understand how dementia – in all its different forms – affects the brain, and consequently, why people’s behaviour and abilities are affected in such different ways.

Whilst all of the four most common forms of dementia are covered in Module 2: The Diseases – the last part of this module looks at Alzheimer’s dementia – which accounts for around 70% of all people living with dementia – and what the changes to the brain and behaviours look like, as a result.

You may know or have heard about tangles and amyloid plaques which are among the most commonly heard terms in relation to dementia, and are at the centre of discussions about the degradation of the brain from dementia.

This discussion and the way it is illustrated will give you a whole new appreciation of just what these things mean, and again, presented in a way that makes it easy to grasp – one step and one piece at a time.

The format throughout the course is generally a video of some sort – either an interview or an animation – followed by a summary of the section, and sometimes – but not always – a multiple-choice quiz.

Because it’s online, I found it really easy to complete, even though, like most people – and perhaps particularly people like me who care for loved ones – there’s a lot going on in my day!

I just set myself up with my coffee in bed first thing in the morning, and did an hour or so, two or three times a week.

There are two MOOCs – Understanding Dementia and Preventing Dementia – which run regularly, and you can find more information here https://www.utas.edu.au/wicking/understanding-dementia

If you’re supporting someone to live independently with dementia or another condition that affects memory and threatens independence, Membo Noticeboard can help your loved one and it can support you and your familiy.